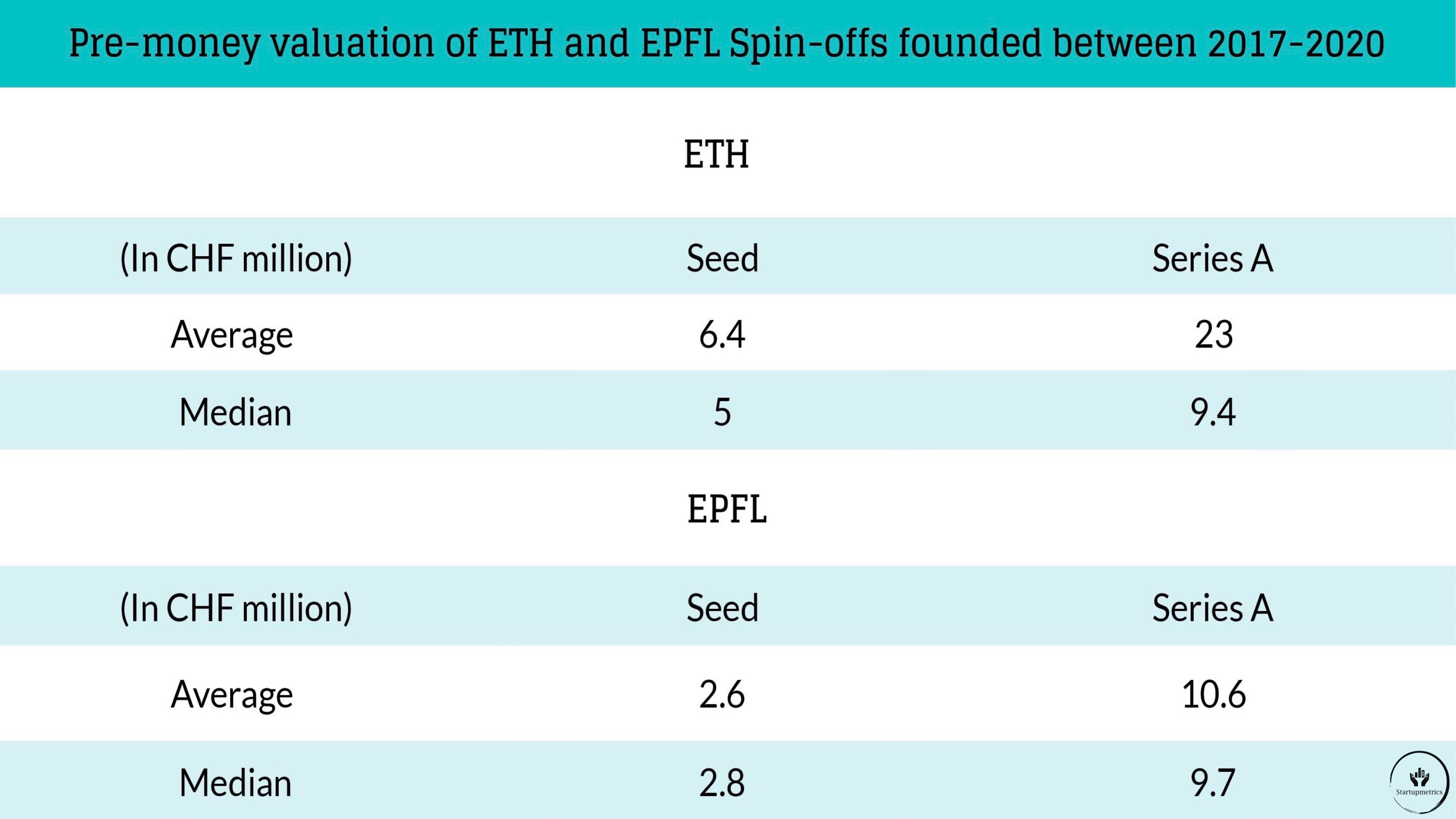 The valuation of pre-revenue start-ups requires a specific data set with comparable transactions. Differences in qualitative factors such as team strength and market potential justify a deviation from the mean. In this post, we briefly discuss the average and median pre-money valuation of early-stage spin-offs from the two top Swiss universities, ETH and EPFL.

The average pre-money valuation in the seed phase is CHF 6.4 million and CHF 2.6 million for ETH and EPFL spin-offs, respectively. The corresponding median value is 5 million CHF and 2.8 million CHF. Thus, the pre-money valuation of an ETH spin-off in the seed stage is likely to be 78% to 146% higher than that of an EPFL spin-off. Moreover, the distribution is skewed to the right. This means that the majority of spin-offs are valued below their average.

Looking only at these figures, one could assume that there is an undersupply of seed capital for EPFL spin-offs, which leads to the lower pre-money valuations. At the same time, the return potential for EPFL spin-offs seems to be higher, as the median Series A valuation is at a similar level as for ETH spin-offs.
Privacy Policy - Startupmetrics LLC